Selective Bravery as a Way of Life

I have seen a small, female cat attack and whomp the ass of a large German Shepard dog. The cat launched itself at the dog, who fled in terror. The cat pursued the dog the length of a long country driveway, yowling, spitting, and swiping continually at the dog, who was easily ten times is size.

I have also seen a cat look in horror at a spider running across the floor and jump behind the nearest human for protection.

You see these same extremes in bravery in humans, which I think explains a lot about why most people like cats. They’re kindred souls!

What Was Chasing the Cat

A few weeks ago, as I was working at my desk, Sophie started racing around all over the house. I could hear her galloping from one room to the next. Sounded like a stampede. Well, fair enough. She’s still a young cat, and they do take it into their heads to do this. I didn’t think anything of it. After a few minutes of this, with me hearing the racket in the background, she came flying through the air up onto the desk. She looked around in absolute terror, like she was being pursued by demons. What the heck? This wasn’t girlish high spirits; she was scared silly of something. She dived behind my monitor and cowered there, hoping she’d escaped the pursuer. I caught a glimpse of something stuck in the long fur on her backside, so I dragged her out of her safe haven and turned her upside down. She’d been frantically trying to get away from a little blob of cat poo that was slapping the backs of her legs every time she moved. I separated her from this terrible monster.

During the reigns of first Sabby and then Sophie, there have been a lot of cat toys passing through the house. Once in a blue moon, the cat would play with a new toy. For about five minutes and then never again. We got Sophie a laser pointer, since everybody knows all cats love these and will chase the light for hours. Sophie was enjoying doing that until I made the mistake of letting her “catch” it. I left it in one place, while she patted and snifted at it. The wheels turned in her head, and she decided it didn’t exist. She never chased it again. The longest she ever played with anything was a raw brussels sprout leave that she played with for three days straight. And then never again.

The Changing the Sheets Triathlon, CST hereafter, is a grueling event that tests the metal, stamina, and ingenuity of all kittens who enter it. The CST always begins with the Racing Around, perhaps the most exciting part of this event. At completion of the Racing Around, the kitten will move on to the Advanced Getting… 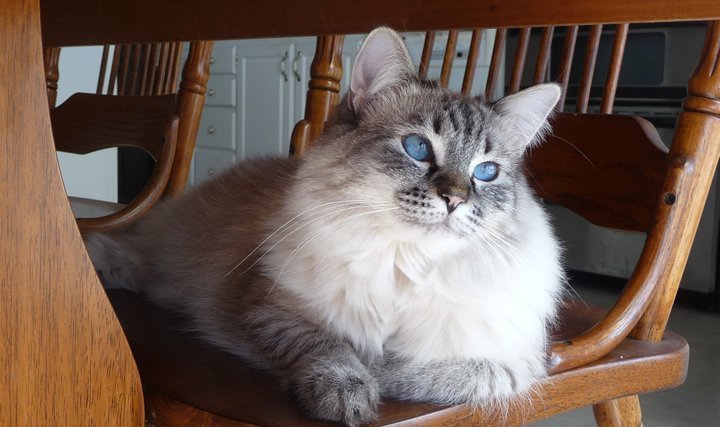