Our blue Siamese, Sabby, has been gone now for just over a year. A well-loved pet that’s gone can never be replaced, but sometimes a person can find another furball to love anyway.

And this is Sophie, seal lynx Balinese. 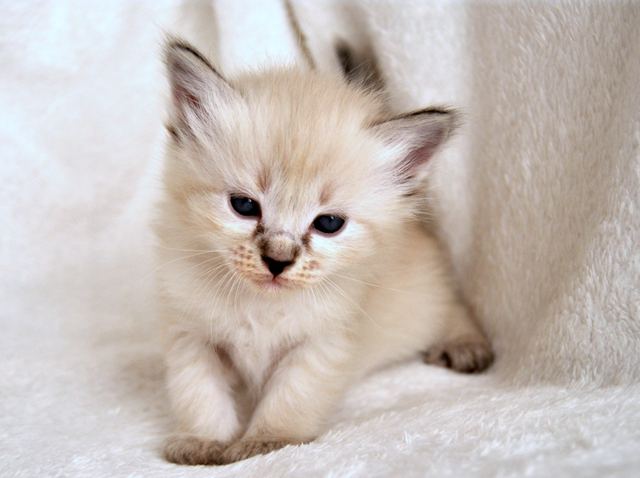 This is Sophie at four weeks old, what I like to call “the bewildered jellybean age.”  She’s just come out of the birthing box and her eyes haven’t been open all that long. So, she’s a fairly bewildered little thing. Very cute, but also very confused. 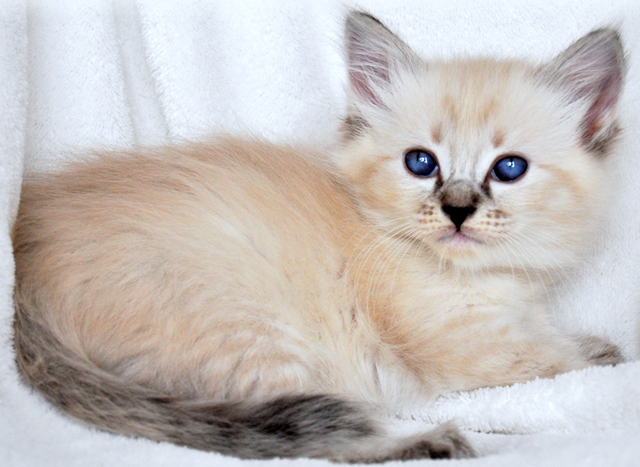 At six weeks, above, she’s starting to sit up and pay attention. 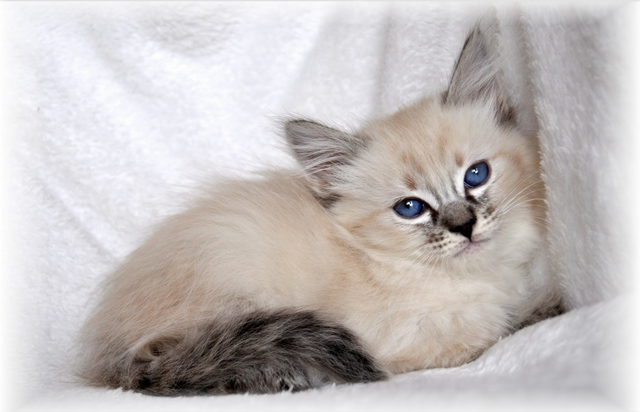 Eight weeks now, and seeming to be developing some cattitude, as well as a puffy tail. 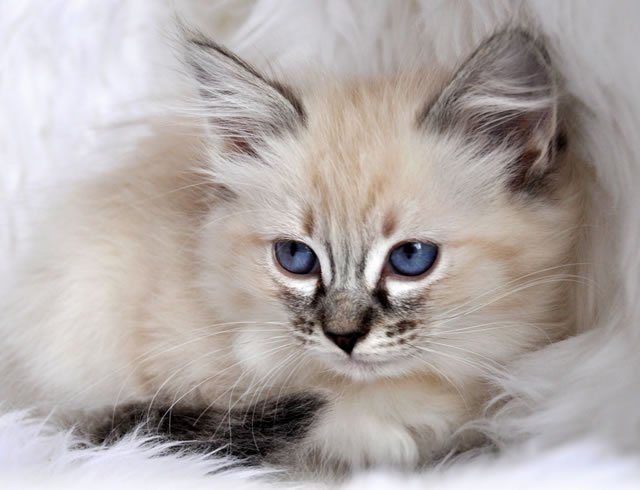 At ten weeks old, she seems to be trying to lull people into a false sense of security, with her little sweet face. Do no be taken in by that. 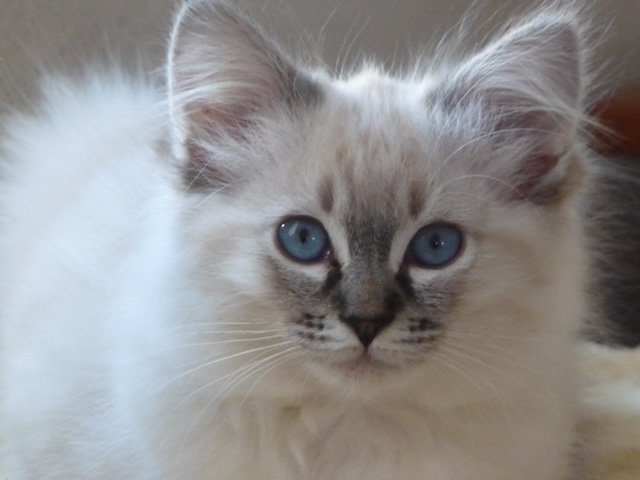 This one’s after we brought her home. The others were taken at Tresor Cats before she came home with us. I don’t know how the nice lady who owns Tresor Cats gets them to pose so nicely, but I’m pretty sure we’ll never be able to pull that off. 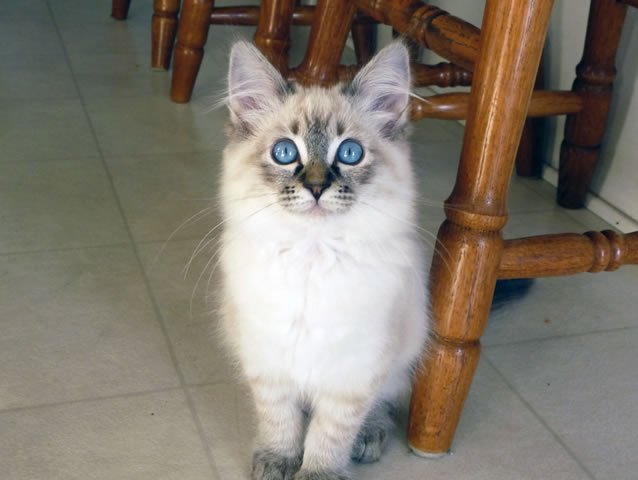 This is about 14 weeks old. Bob took this pic in the kitchen yesterday and, while I like it a lot, it clearly shows our philosophy of taking photos on the fly whenever and wherever the cat happens to be holding still for 30 seconds. If you follow this page, expect more of the same. 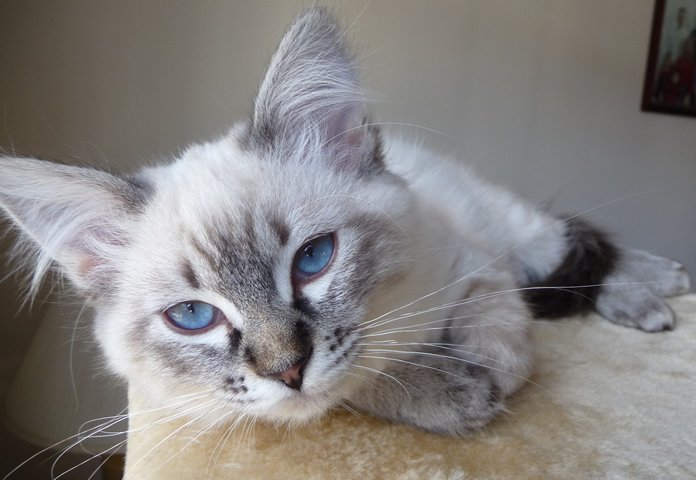 This is just over four months old. I kinda lied to you above, since it’s Bob’s philosophy to keep the camera handy and shoot when the cat hold still for 30 seconds. My strategy is to find the cat in some sort of mood where she might hold still and then snap off about 100 shots, in the usually forlorn hope of getting one good one. It’s very arguable that the above is a good one, since we have an odd angle and a chopped off ear. But look at that little face!

A few weeks ago, as I was working at my desk, Sophie started racing around all over the house. I could hear her galloping from one room to the next. Sounded like a stampede. Well, fair enough. She’s still a young cat, and they do take it into their heads to do this.